The European Advanced Networking Test Center’s (EANTC’s) interoperability tests are respected by service providers and vendors alike. Their test reports go into technical detail of how multiple vendors can come together to deliver next generation network services. This year, UfiSpace partnered with Arrcus to demonstrate that open and disaggregated architectures can operate within a transport network made up of multiple vendors.

Over the years of introducing open and disaggregated solutions to service providers, we often hear questions about how the transition to an open architecture can take place. Service providers aren’t able to switch everything right away and would rely on piecemeal transitions. But during that transition period, how can the old and the new interoperate?

The interoperability tests conducted by EANTC explores that question and demonstrates multi-vendor interworking with various networking technologies. We see that open and disaggregated architectures can be deployed at the same time with even the latest technologies across SR-MPLS, SRv6 and VXLAN.

Integrated with ArcOS from Arrcus, UfiSpace's S9600-72XC routers show that when enough synergies are created, software and hardware vendors can come together seamlessly to implement a vertically integrated transport network solution.

Segment routing simplifies traffic engineering and the management of different network domains. It allows networks to be more agile and flexible with interoperability as a major component to ensure multi-domain interworking. UfiSpace and Arrcus participated in test cases for SR-MPLS VPN Services and traffic steering, SRv6 VPN services, SRv6 and MPLS service interworking as well resiliency with TI-LFA (topology-independent loop-free alternate) over SRv6.

The UfiSpace S9600-72XC is part of UfiSpace’s S9600 series of multi-functioning open aggregation routers. More than just metro aggregation, the S9600-72XC includes a variety of timing interfaces (GNSS, 1PPS, 10MHz, and ToD) to enable mobile fronthaul and backhaul aggregation. There is also an option to include TCAM to increase its capacity for applications like broadband network gateway. In the interoperability tests the S9600-72XC functioned as various types of PE routers.

The accumulation of all the tested equipment on racks was presented at EANTC Multi-Vendor Interoperability Showcase at the MPLS SD & AI Net World Congress in Paris. For more information about EANTC’s interoperability tests please visit their website. 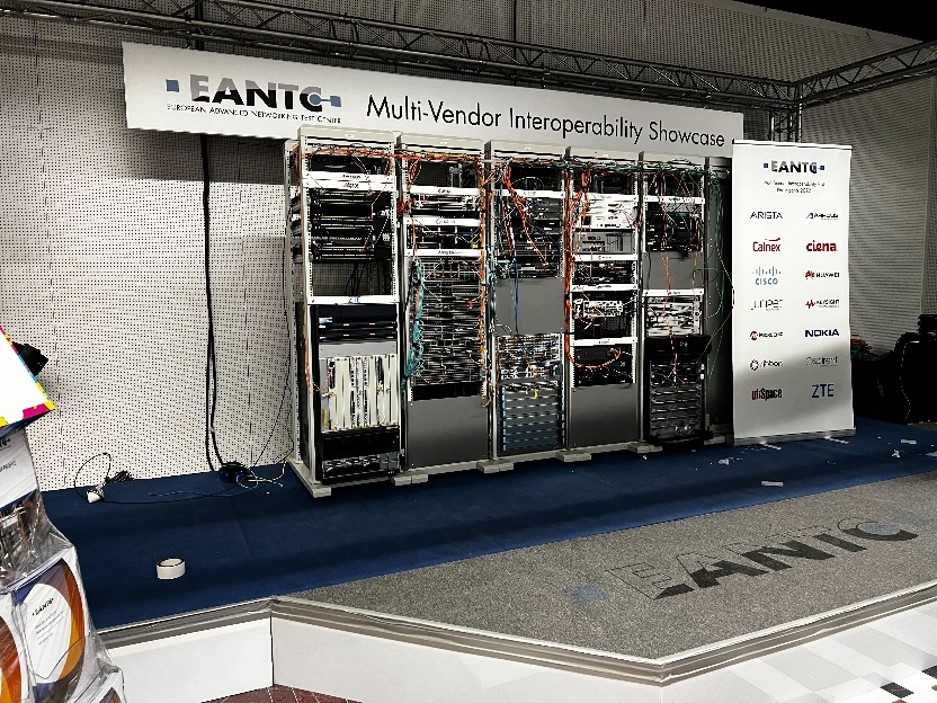 Download the EANTC Interoperability Test Report here. If you would like to learn more about or get samples of our S9600-72XC aggregation routers from the test, please contact our sales team.