Telecom operators represent major stakeholders in this project. The shift from siloed proprietary solutions to a multivendor environment will open vast opportunities for service differentiation and drive down capital and operating expenditures.

The CloudCO utilizes a layered structure. Key elements include: 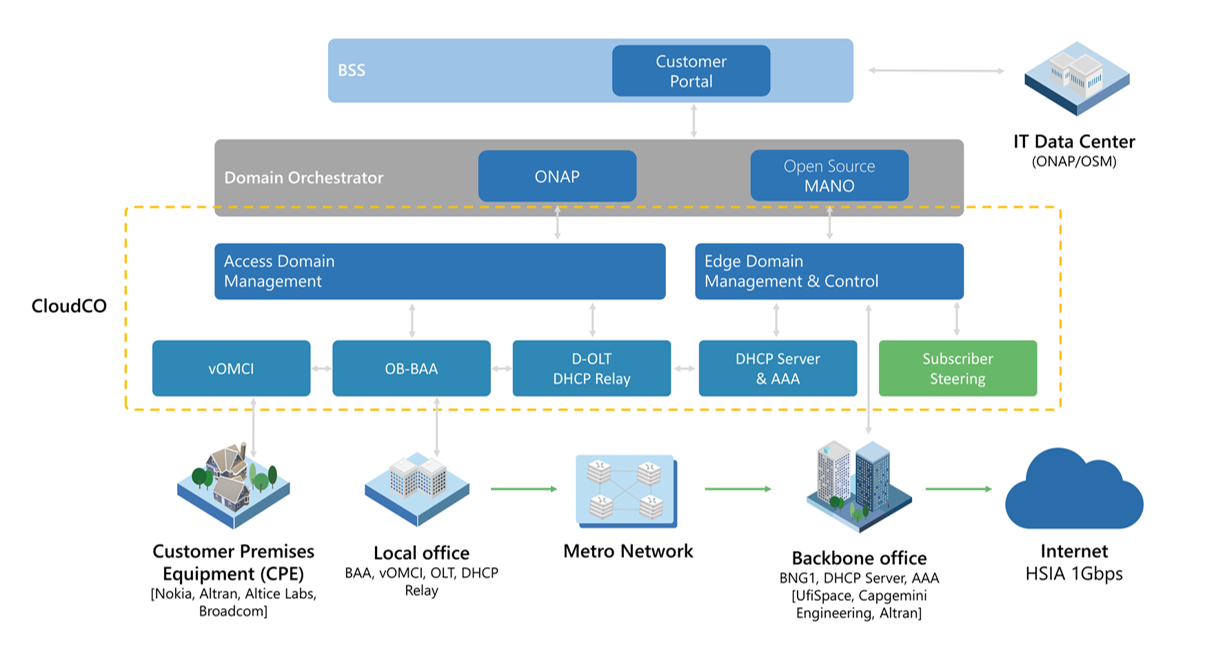 Edge SDN Controller (On the Left)

The demonstration was spread to several locations. Open Broadband labs in North America at University of New Hampshire Interoperability Lab (UNH-IOL) and EANTC as well as vendor premise labs to emulate a functional distribution and hierarchical deployment of the building blocks. This can significantly lower management costs and streamline operator's network efficiency on a global level.

We loved the drag and drop UI of Open Source MANO (OSM). The orchestrator has intuitive UI and allowed rapid deployment of KNFs by dragging and dropping all needed Virtualized Network Function (VNF) descriptors.

Both orchestrators are synchronized therefore both instances were instantiated across OSM in IOL and ONAP in EANTC.

The demonstration continued with presenting a live session with modeled subscriber choosing and enabling 1Gb HSIA service and how the CloudCO framework reacts with service request and service activation. 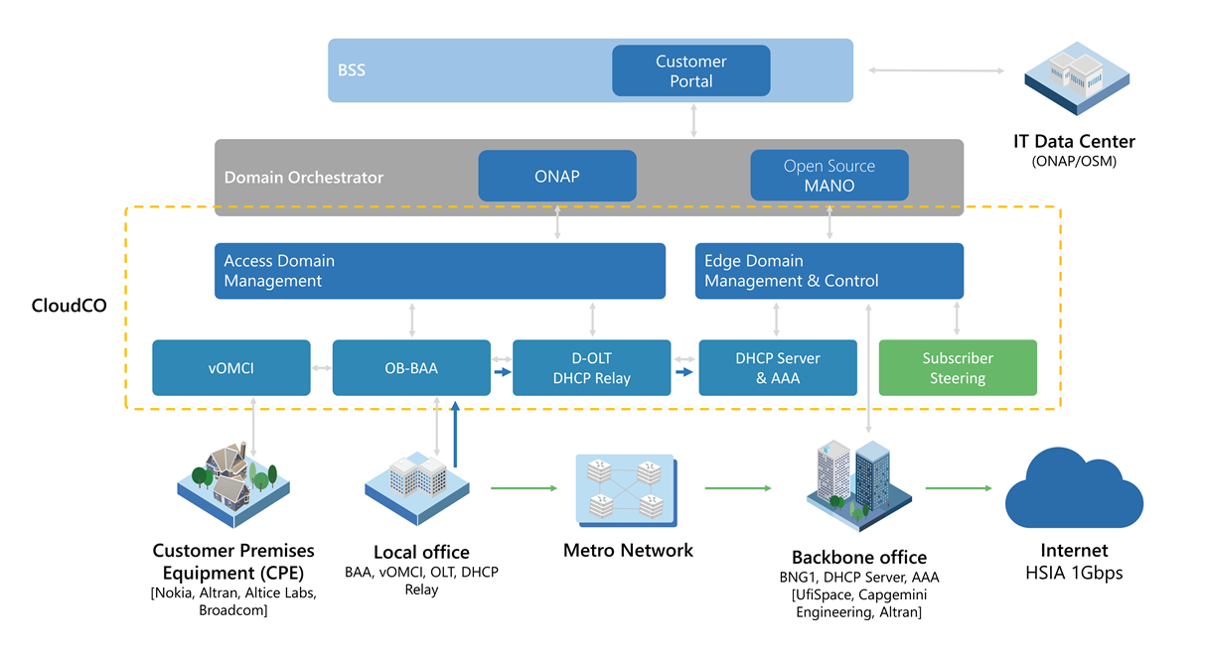 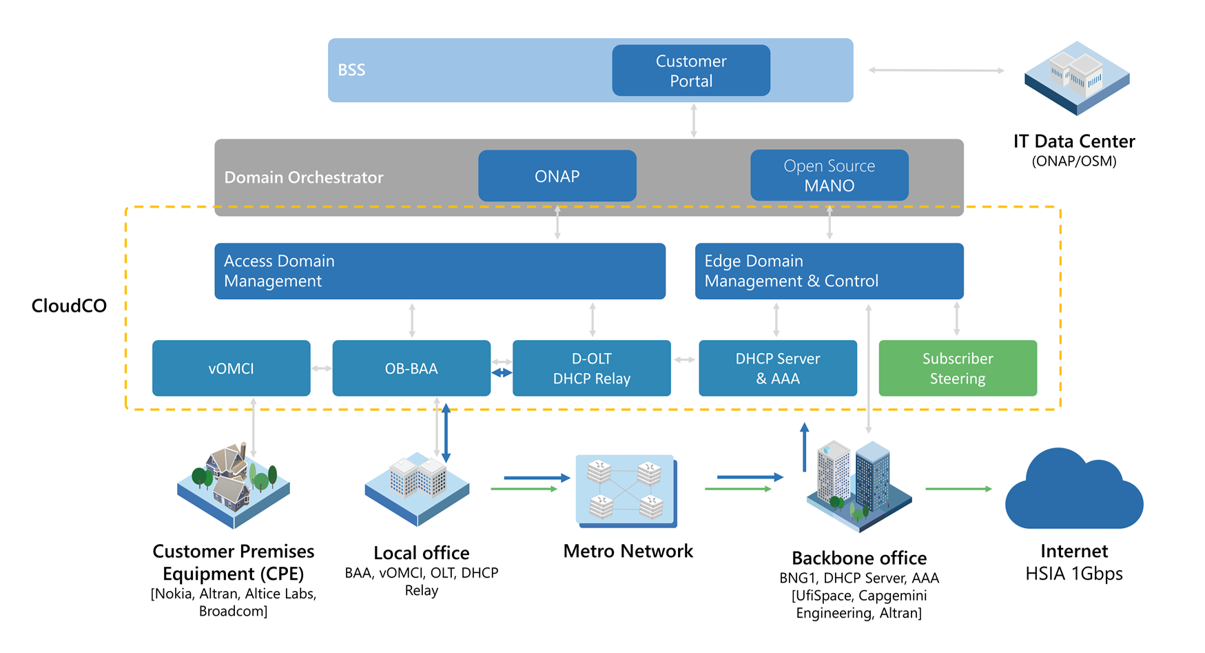 The various options for DHCP relay provisioning provide operators with flexibility for migration to a separation of functionality within the OLTs control plane and user plane, and allow coexistence with elements that use existing methods within the OLT.

Step 2. Subscriber steering function determines that the session will be better serviced by BNG at access location (BNG2)

Session steering is key to service providers to automatically program the path of single and multiple sessions of users traffic across the edge, access domains and through the transport network.

The automatic and orchestrated actions across multiple access domains will get telco operators beyond so-called dumb connectivity, offer advanced monitoring and flexibility in service provisioning.

Have questions about our open broadband network gateway solutions?  Contact our sales team  for more information.